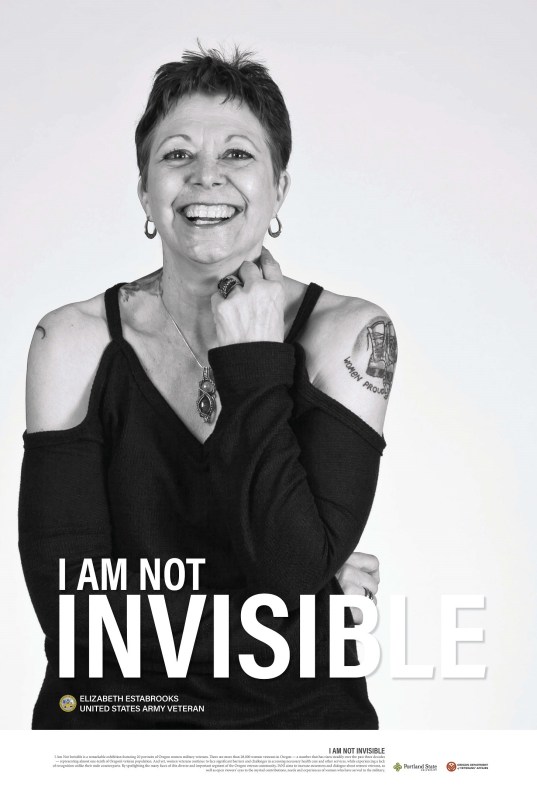 I joined in 1977, having been convinced by my friend to join under the buddy system. She changed her mind, but I did not and entered basic training in Ft. Jackson, SC, with the second wave of women to go through a fully integrated (co-ed) Army. Following AIT, I was sent to Harvey Barracks in Kitzingen, Germany , approximately 60 miles from the Eastern Bloc border. As the staging area for the U.S. European Command’s (USAREUR) defenses, we were considered the front line of the Cold War.

Like so many other women veterans, my experiences were both good and bad. From day one at Ft. Jackson to the day I left Germany, the message was clear: there’s no place for women in this man’s Army. I was the only woman in my company in Germany for six months, and one of fewer than 1,000 on the entire base. Although I was a good soldier and liked being in the Army, I didn’t like the treatment and the constant sexual harassment, so when my three years were up I took my one year-old daughter and left Germany, landing in Fort Dix, NJ, on December 8, 1980.

My experiences stayed with me for a long time, even though I didn’t think about them for over 30 years. While working on my Master’s in Social Work I was focusing on the inequities women veterans face in obtaining services and in claims, especially as they related to military sexual trauma. Half way through my first year of graduate school, I knew I wanted to focus on improving services for women veterans. It is my daily honor to fulfill that dream as the Oregon Women Veterans Coordinator.