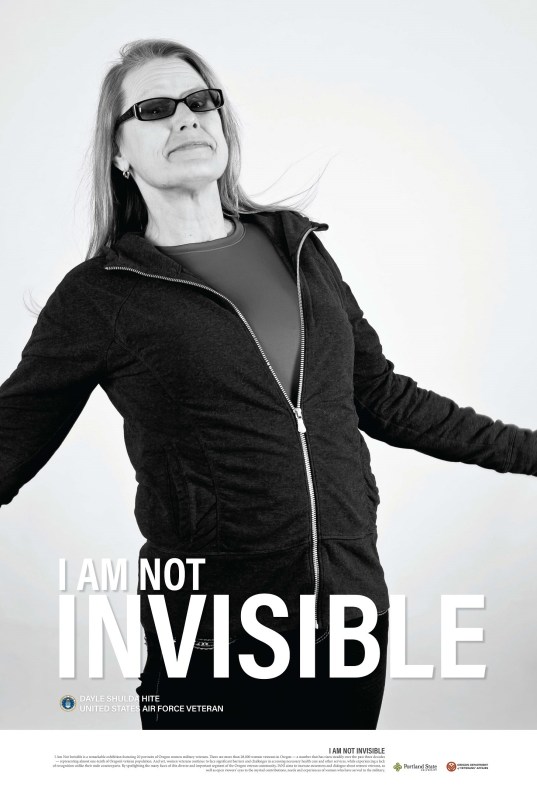 I worked on about eight different pieces of equipment, fixing them and delivering them to aircraft out on the flight. I was one woman working around a bunch of men. Some were vets who were in the Vietnam War. It took about 1 1/2 years to prove my skills to them before they trusted me. At first I was just a girl who they could tease. I gave it back to them just as hard as they dished it out.

When I got out, I could not find a job. My name (Dayle) would get me an interview because they thought I was a man, and then the look on their face when I walked in was priceless. I was told during many interviews I was over-qualified for the job even though I had 6 years’ experience. Eventually I ended up being a bartender. Then I went to work on boats in Alaska, deck-handing. When I came back I connected with a VA Rep at the Department of Human Services and things got better. I now work for a non-profit organization.